This summer, it was my good fortune to drive all the way from Georgia to Maine on vacation.  I was able to take my time and, along the way, I stopped in as many parks as my wife’s patience would allow.  When you’re thinking of building a park — especially a Photography Park — your perspective on parks changes.

We spent the first night in Asheville, NC.  That, of course, means I drove up on the Blue Ridge Parkway for the sunrise.  Believe it or not, being on the Parkway doesn’t mean you’ll see the sunrise.  You have to know where to go.  (Pounding Mill Overlook is a good place.  Milepost 413.) The Blue Ridge Parkway is a fantastic place for photography but it’s not a photography park.  It’s not technically even a “park”.  Although, if it was, it would be the most popular park in America.

This is the view from the Mills River Valley Overlook (Milepost 404).  There wasn’t a sunrise but the view was still pretty. 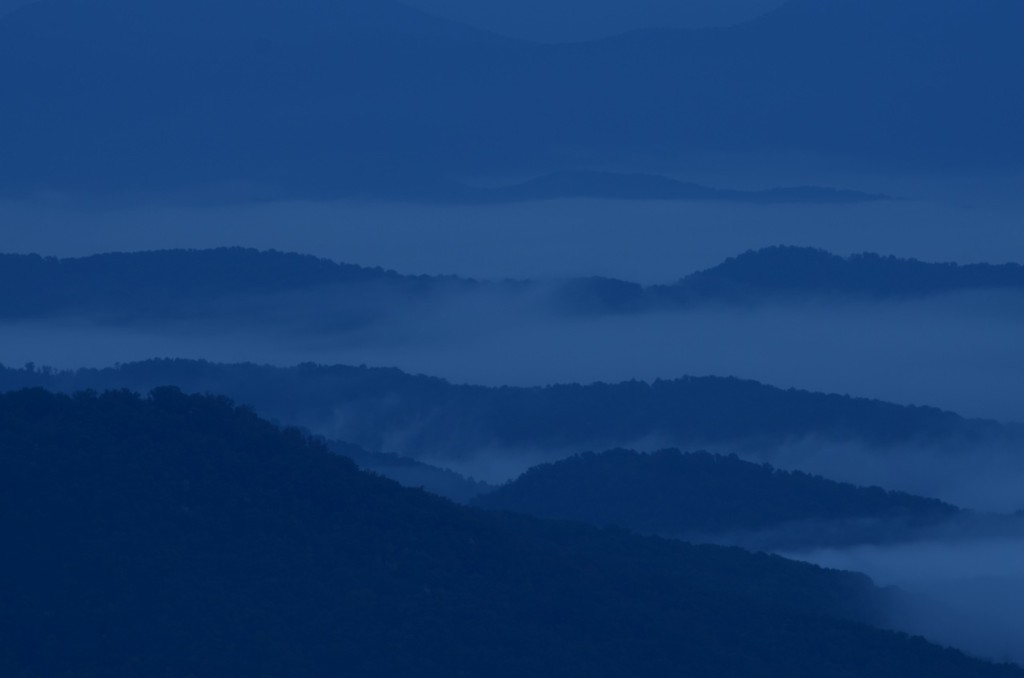 The next night was spent in Hagerstown, MD.  For the sunrise, I went to the Antietam National Battlefield.  Nice place.  Again, not what I’d choose for a photography park but it’s open and accessible.  And that is better than most parks when it comes to sunrises. 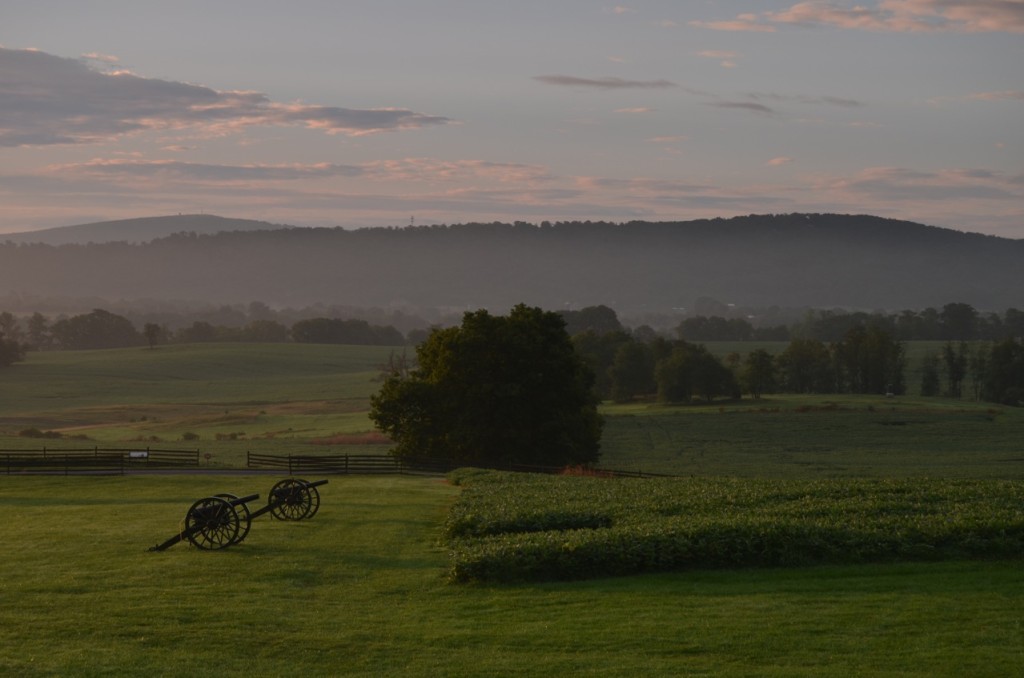 That day, we drove up the “picturesque” Hudson River Valley (a huge disappointment), pushed through Albany, New York and spent the night in Bennington, Vermont (a delightful little town). Bennington is surrounded on three sides by a forest (take a look at it on Google Maps) and I knew I liked the place driving up to it — a nice view of the mountains and not a single trophy house in sight.

The next morning, I drove up the mountain in the dark hoping for an overlook or some other scenic spot on the Molly Stark Trail.   I didn’t find any such place but I did pull into Woodford State Park.  Let’s just say I might have been in the park a little before opening time. 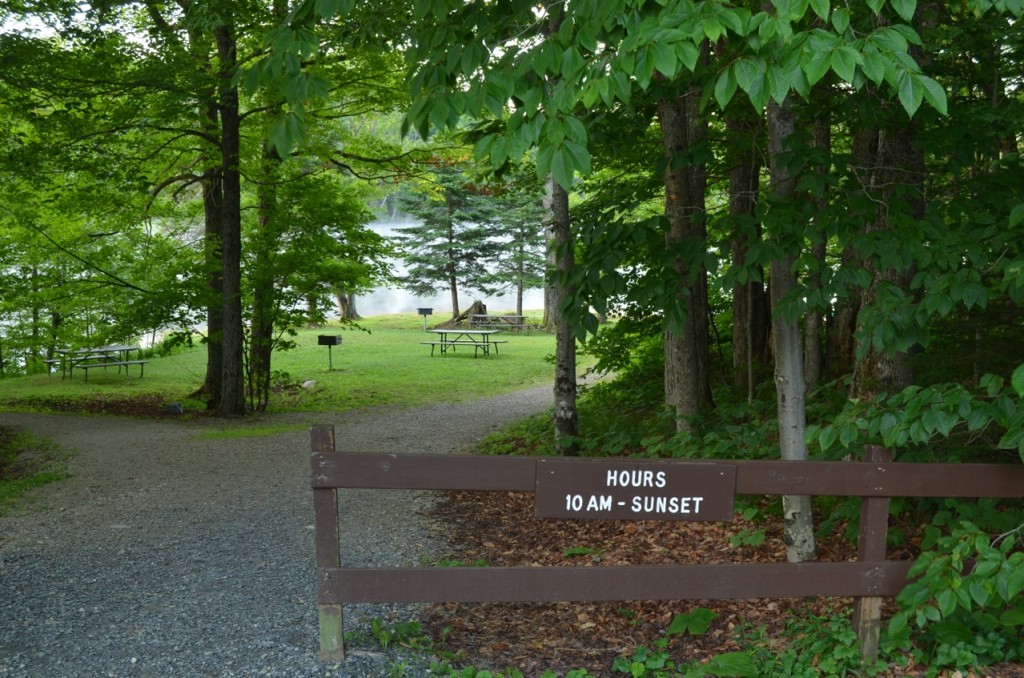 It’s a beautiful little park and I’ll just use another picture to make the point;  If you can design a park to accommodate “X” (in this case “X” would be paddling) then why not photography?

From Vermont we drove all the way to Maine on the next day.  I visited a lot of parks over the next few days but I have to mention Wolfe’s Neck Woods State Park.  It’s near Freeport, ME (yes, the LL Bean town) and it’s a great place to take pictures…although they have a funny idea of what constitutes “daylight hours”.

I took that picture as I was hiking back out of the park (about a 1/2-mile driveway after the gate). And that was after shooting the sunrise. I had scouted the location the evening before so I felt comfortable parking outside the gate and walking in.  But the point remains, the park doesn’t cater to the needs of photographers.

However, I did find a park that — knowingly or unknowingly — did indeed meet my needs as a photographer:  Fort Williams Park in Cape Elizabeth, ME.   You might have heard it called the Portland Head Light (“light” as in light house).  You will almost certainly recognize it.  It is the most-photographed light house in Maine.

I was able to take pictures there two mornings in a row.  On the first morning, the gates were open by the time I got there (about 30 minutes before sunrise).  I’d guess there were already a dozen cars in the park, many of them belonging to fellow photographers.  The second morning I was even earlier and I was disappointed to find the gates closed and locked.  I parked on the side of the road and watched helplessly as the light crept in over the ocean.  A police car pulled up and I figured he would get come over to check me out (not an unusual occurrence for a photographer) but he just sat there for about 30 seconds and then drove off.  Odd.  I looked back towards the water and — lo and behold — the gate was open.  Evidently the police have a remote for the gate and he had opened it up for me.  I mention it so that other entities that run parks might consider adopting the practice.  I, for one, certainly appreciated it.  This is the shot I got from that morning. 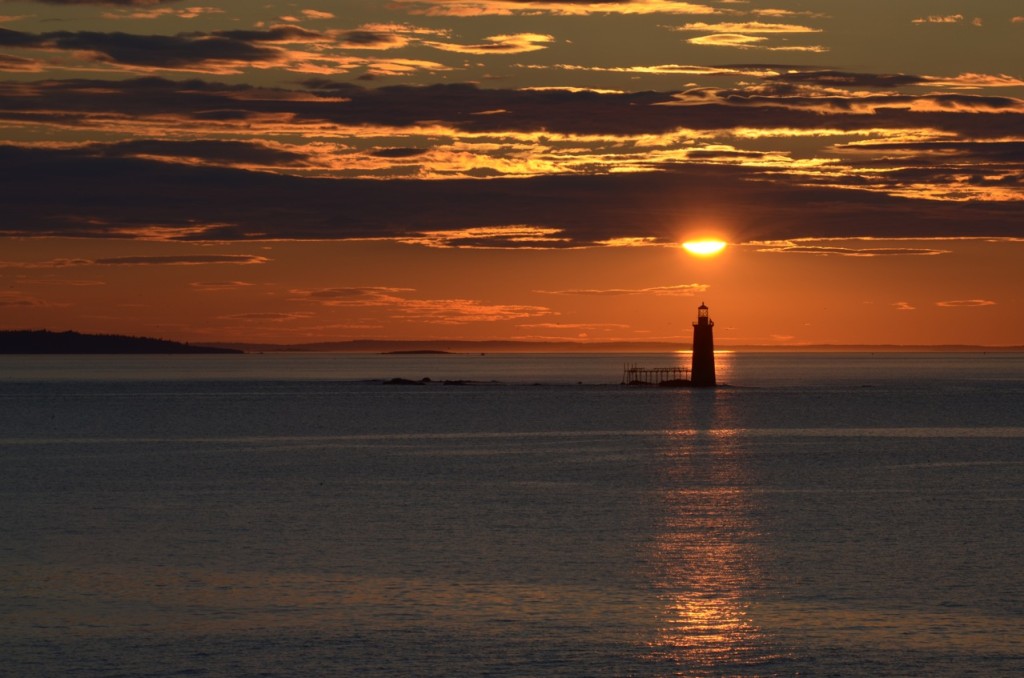 Now that I have your attention with the pictures, let me get to the details that I think will make a photography park possible.  Here’s the link to the Fort Williams Park in Cape Elizabeth, ME again.  Let me call your attention to a couple of quotes from that page.

“Welcoming nearly a million visitors a year…”  Let’s ask your local Chamber of Commerce if they’d like to have a million visitors a year.  I’m pretty sure the answer will be “Yes, please.”  And what was the (initial) cost? “… Cape Elizabeth purchased the beautiful 90+/- acre park on December 1, 1964 for $200,000…”  I hope you’ve noticed that this isn’t a National park, a State park or even a County park — its a Town park — the Town of Cape Elizabeth.

As much as I want photographers to be excited about the idea of a photography park, I believe it will be necessary to “sell” the idea to a local community.  I believe we will have to make our case that the extra expense of a park designed for photography will be worth the investment.  If you follow the various links on the town’s page you can see that there are hundreds of thousands of dollars flowing through this one park.  There’s enough information on the page to at least envision the economic possibilities a photography park might present.

Again, I encourage you to let your imagination run when you’re considering the idea of a photography park.  I’ve left out dozens of my observations in just this one, brief post. For instance — a park doesn’t even have to be a park — it can be a parkway.  A battlefield can be beautiful. You could canoe in a photography park — and not have to wait until 10 AM to do it.  Not all mad-made structures have to be un-photogenic.  As a matter of fact, the right building can be an attraction to photographers and tourists alike.

By the way, did you notice the lack of power lines around the light house?  Photographers are happy.  Tourists are happy.  And the dog walkers, joggers, bike riders, kite fliers and everyone else I saw seemed to be happy at the park. It was a beautiful place and I’m very happy to point towards Fort Williams as a model park.  I know what I would want in a photography park.  What would you want?