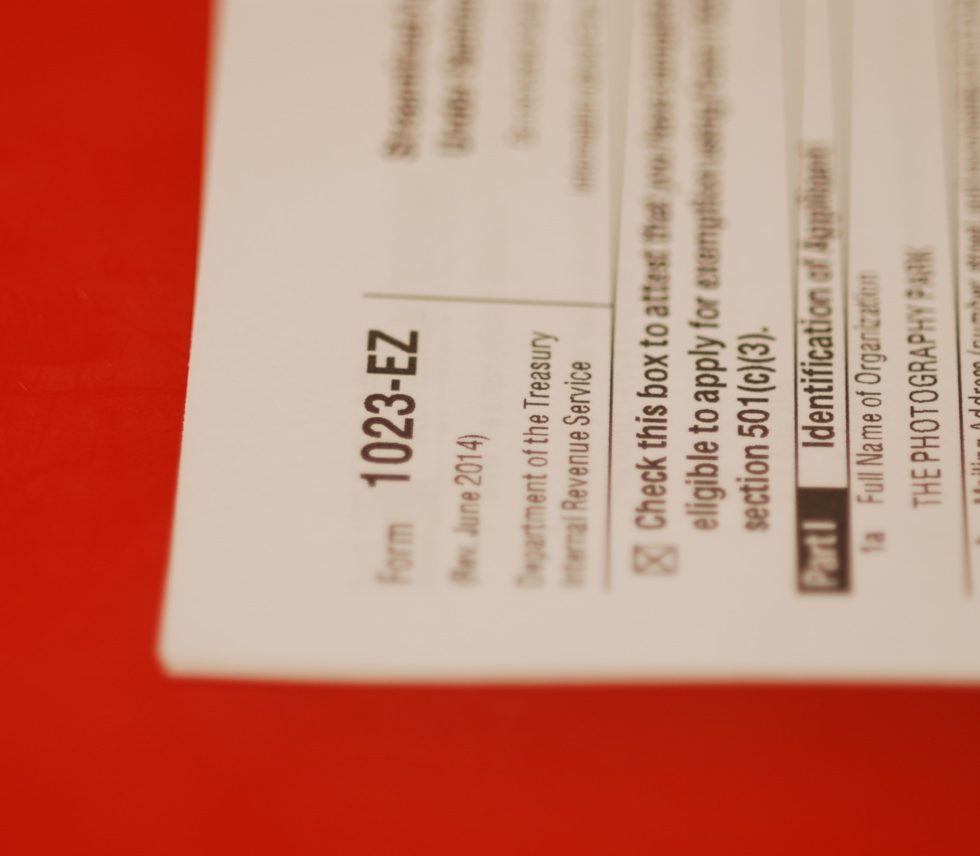 It is done. After innumerable delays – some of them comical and all of them frustrating – the paperwork for the Photography Park, Inc. to qualify as a tax exempt organization under section 501(c)(3) of the US Internal Revenue Code has been filed. Check the Big Box.

Remembering that this is part of our mission statement…

“To publicly document the creation process in order to assist others in creating additional parks.”

… let’s review a little. To qualify for most grants (and/or generate lots of donations), your organization needs to be a 501(c)(3). To be a 501(c)(3) you need to become a legal entity (we chose a non-profit corporation) in your State. In order to be a non-profit corporation, you must have a board of directors, adopt by-laws and register with the State. (My advice? Hire a lawyer.) Once you have all that, you must adopt certain by-laws to qualify as a 501(c)(3). Then you can file the paperwork with the IRS. To do that requires you to open a pay.gov account (surprise!) to pay the IRS to process your tax-exempt status request. Then you wait. (I skipped over mailing address, bank account, board members addresses and dozens of other details.)

In case you want to get started on this process, go here: The Foundation Center.

When you get lost in the wealth of information that they provide (get used to the feeling) you can click on this link. Legal Essentials of Starting a Nonprofit Organization

The Foundation Center holds in-person training around Atlanta (and other places). I’d recommend that option. 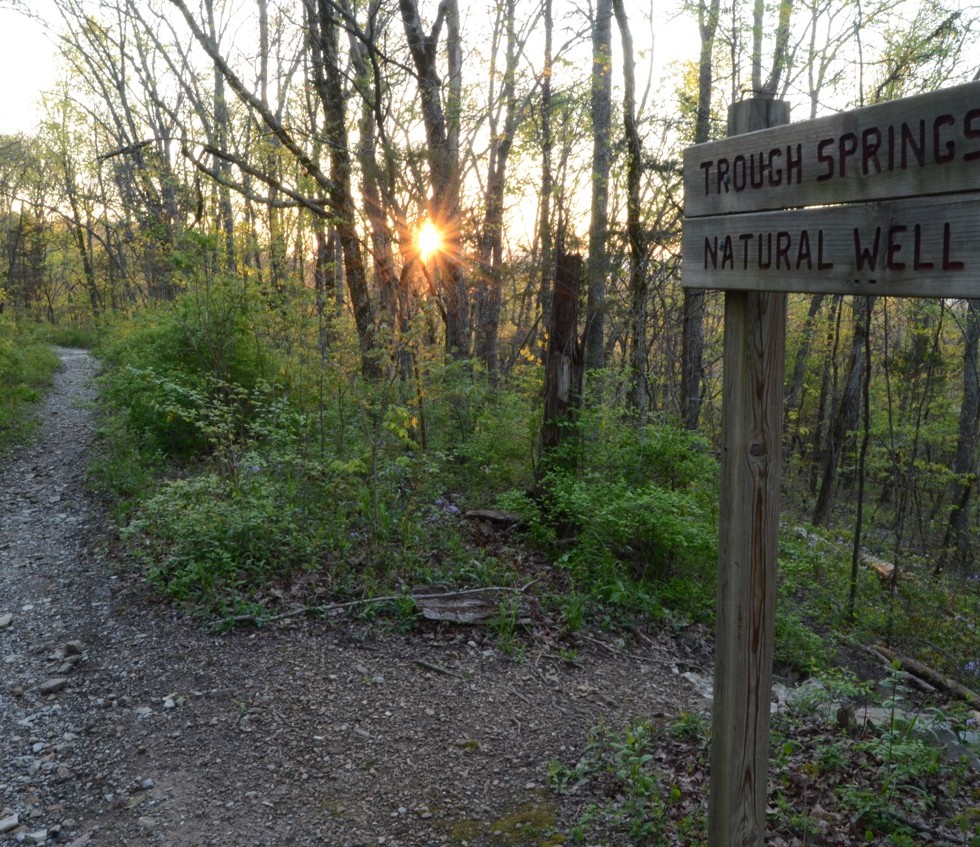 My wife and I took a trip to Huntsville to visit some friends. I thought you might be interested to see how a trip like this works for somebody with a photography habit.

I’ve never found a good way to scout a sunrise location from afar. I’ll go to Flickr and search the map for “sunrise” but it doesn’t really work. I have just as much luck looking on Google Maps and searching for green places (parks) on the map. You’d think somebody would come up with a location finder ap for outdoor photographers. (Yes, that is a hint.) I’m assuming outdoor photographers would be willing to share good locations that are on public land. I guess it would be too much to ask for parks to label their maps with “good sunrise spot for pictures HERE” or “Nice sunset spot HERE”.

This is just my way of saying that I didn’t know where I would go for a sunrise picture on my first morning in Huntsville. I didn’t have time to do any scouting on the afternoon we arrived. After all, I was there to see friends, not make pictures. I knew I’d like to be at Monte Sano State Park but the cabins were sold out and the park doesn’t open until 8 AM — long after the sunrise.

So, the first morning, I took a chance and went to the closest park nearby — Brahan Spring Park. I could see it had a small lake in it, with the hills to the East so I thought there might be something there. There was.

After walking around about 10 minutes it was obvious that — between the lights and the utility wires — I wasn’t going to get anything there. So I packed up and headed for Monte Sano. Yeah, it wouldn’t be open by the time I got there but I wanted to see it and maybe I’d find something else along the way.

That something else turned out to be the Through Springs Trail. I saw the parking lot for it on my way up to Monte Sano and thought, if I can’t get my sunrise picture, I might as well get some exercise. I might even get a picture. It’s a lovely trail.

I arrived at the entrance to Monte Sano State Park about 7:45, 15 minutes before it opened. Yet, the gate was open. I drove around and finally found the overlook. Bingo. It’s a nice view and it faces east. A fellow photographer was already up there (a bird photographer) and I asked him about getting into the park earlier. He told me the main gate is always open, and the gate to the overlook — well, just walk around it. It’s only a 100 foot walk from the interior gate to the overlook.

So, i did just that the next morning. I paid my five dollars at the main gate, drove to the overlook and parked on the side of the road outside that gate. I even took a picture of it just to use on this blog.

It wasn’t much of a sunrise that morning (no clouds) but that is something photographers just have to live with. We can’t control the weather. We could control all that other stuff. We can have a park that is open for the sunrise with a nice place to take a picture of the sunrise (and sunset) — marked on the map — without utility wires or streetlights ruining the view. The bonus is that all the other citizens can enjoy it too. The hiking trail, the biking trails, the running track, the gardens and anything else we decide to put in the park. 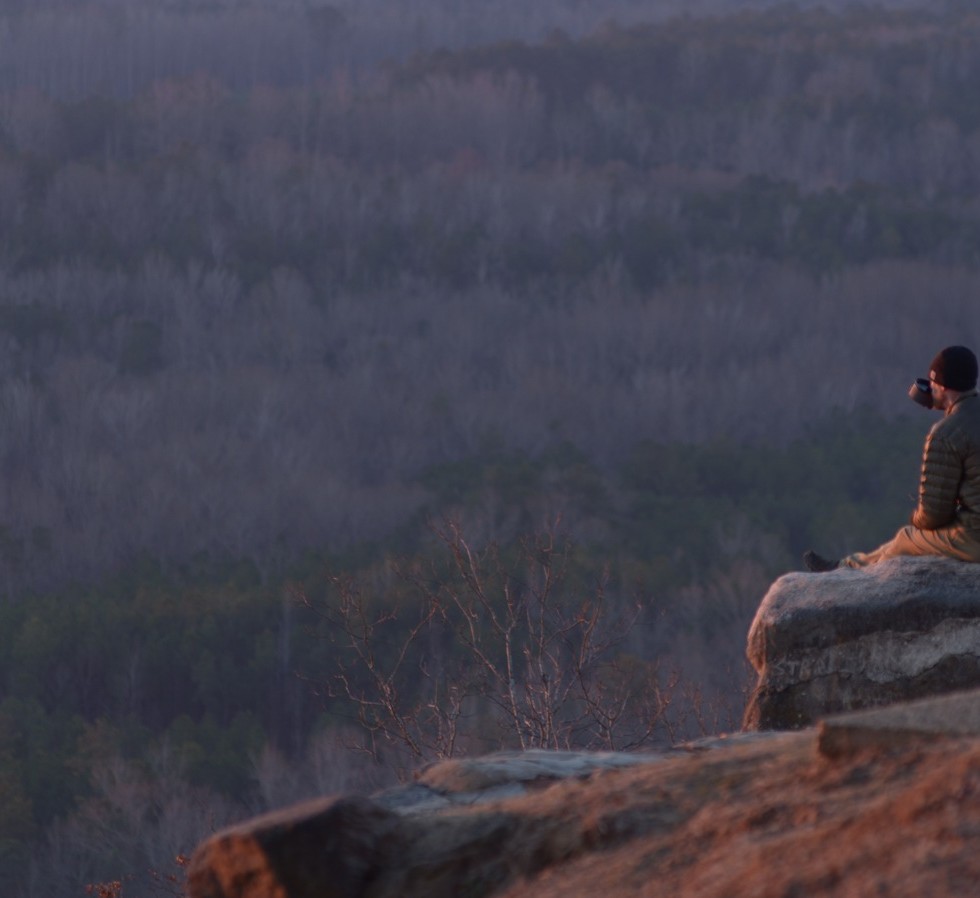 In February, I set up separate appointments with the County Manager and with the Chairman of the Board of Commissioners in Pike County, the county where I live in Georgia.  I spent about an hour with each, laying out my idea for a Photography Park.  They were both polite, attentive and — as you can imagine — noncommittal.  I couldn’t expect anything different.  It’s a completely new idea for a park and it will take awhile for anyone to think it through.

And then there is the size of the thing.  The most important part of a Photography Park to understand is that it requires a view.  If you’ll remember, in the blog entry, A Model Park, I told you about what a great park Fort Williams Park in Cape Elizabeth, Maine was for photographers.  It was only a 90 acre park but the view was spectacular.

I had to pick a size — a number of acres — to present to people.  And I was picking it out of thin air.  As I keep mentioning, there isn’t a model to base this park on.  It will literally be the world’s first Photography Park.  I’ll let others dream small.  I decided to dream big.  Pike County, Georgia is roughly 140,000 acres in size.  I like round numbers. I decided to go with 10% — 14,000 acres.

Yeah.  That does get your attention.

To put that number in perspective, the largest park in the State of Georgia is F.D. Roosevelt State Park.  It’s just a little over 9,000 acres. The Great Smoky Mountains National Park (the closest National Park) is 522,419 acres.  It’s all a matter of perspective.  Georgia has over a million acres set aside for hunting in Wildlife Management Areas.  The two closest WMAs to Pike County are Big Lazer Creek WMA (7,200 acres) and Joe Kurz WMA (3,700 acres).

There are 13.7 million hunters in the United States.  Finding out how many photographers (hobbyists) are in the U.S. is next to impossible.  500px (an online photography community) has 6 million users.  Flickr has 87 million.  According to the National Endowment for the Arts, “Twelve percent of Americans take photographs for artistic purposes”.  That’s over 30 million people.  Anyway you cut it, I think it is safe to say there are more photographers in America than hunters.

I don’t think it’s too much to ask.

But it is a “big ask” for a rural county so it does take some time for it to sink in.  It’s certainly not an idea a county can say “yes” to without a lot of consideration.   So, let the consideration begin.  It’s not every day you get offered a “world’s first”, but it’s an offer that won’t last forever.  I intend to get a Photography Park built. Somewhere. I’ll start with where I live, but I won’t stop there.

This is not exactly what I had in mind for a Photography Park, but when you see a photographer come across the country to photograph the places — and others come halfway around the world — it gives you and idea about the possibilities of a place built for photographers.

If you’d like to find out more about Old Car City USA, I’d recommend starting with their blog.

101 Uses of a Photography Park

A friend called the other day and asked if I’d like to photograph a guy flying his falcons.  Why yes, yes I would.  We wound up in a field just outside Molena, GA.  It has a pretty good view.

After the flying session, I was talking to the guy flying the falcons and mentioned that I hoped too many utility lines weren’t in the pictures.  (Notice the high-voltage lines in the picture above.)  That, of course, led me to explain my idea about a Photography Park — including the part about wanting all the utility lines buried.  He said the oddest thing, “Falconers hate them too.” and nodded at his peregrine falcon.

I guess if you spend the money and time training one of these beautiful birds you hate the thought of losing one to a power line.  I’d never thought about that before.

This is just an example of how “big” the idea of a Photography Park seems to me.  The space can accommodate a multitude of activities that I’d never thought about.  And I’m betting that falconers and photographers aren’t the only ones that hate utility wires.

There are no posts to display. Try using the search.