You may have noticed that it’s been quiet on this site for quite some time.  I’m not happy about that.  You may have also read this tidbit from our mission statement:

“To publicly document the creation process in order to assist others in creating additional parks.”

So, without further ado….

Mostly, we’re waiting on red tape.  And mostly, I think that is my fault.  I have visions of bringing several political figures in the county “up to speed” on the Photography Park before I start trying to get the local residents excited about it.  Unfortunately, these are busy people and it’s taking too long.  I may have to take another path.  I assume if their constituents start asking questions about the Photography Park they might free up some space on their appointment calendars.

The other problem is waiting for the tax-deductible status of the 501(c)3 to come through.  I have no illusions about speeding up the Federal government but I can go around them.  Lack of money might slow progress but it doesn’t stop it.  Money gives you a lot of options but the lack of it doesn’t leave you “optionless”.  So, again, I blame myself for this and I intend to fix it.

In short, I intend to surmount whatever obstacles I encounter.  If one idea doesn’t work, I’ll find another.  If the way forward is blocked, I’ll find a way around it.  Even if it means retracing a few steps.  I still believe in this idea.  And I intend to make a Photography Park a reality. Stay tuned.

This summer, it was my good fortune to drive all the way from Georgia to Maine on vacation.  I was able to take my time and, along the way, I stopped in as many parks as my wife’s patience would allow.  When you’re thinking of building a park — especially a Photography Park — your perspective on parks changes.

We spent the first night in Asheville, NC.  That, of course, means I drove up on the Blue Ridge Parkway for the sunrise.  Believe it or not, being on the Parkway doesn’t mean you’ll see the sunrise.  You have to know where to go.  (Pounding Mill Overlook is a good place.  Milepost 413.) The Blue Ridge Parkway is a fantastic place for photography but it’s not a photography park.  It’s not technically even a “park”.  Although, if it was, it would be the most popular park in America.

END_OF_DOCUMENT_TOKEN_TO_BE_REPLACED

It’s official — We’re official. The Photography Park is now an official non-profit corporation in the State of Georgia.

That took a lot longer than I expected. And it’s just the first step of a lengthy process to become a 501(C)3 corporation, capable of soliciting funds that are tax deductible. We’ve been warned (in a class taught by The Foundation Center) that the process can take a year or more now. But we’ll get there.

No worries. I have the time (I’m retired) and I’m convinced that this (a Photography Park) is an idea that will keep. So let me take a few moments to flesh out this idea. What — exactly — do I envision as a Photography Park?

END_OF_DOCUMENT_TOKEN_TO_BE_REPLACED 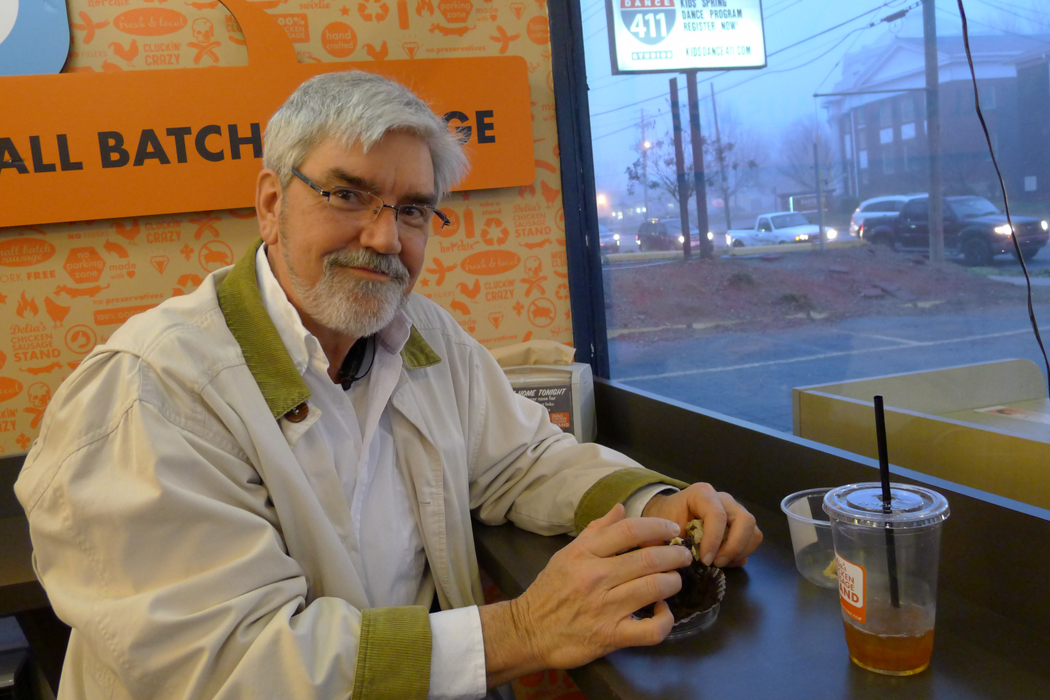 Welcome to our blog. This is my first post, which means you have become a witness to what we hope will be a small but historical event — the creation of the world’s first large park designed for photographers.  It is a deceptively simple idea that we believe has enormous potential.

Before I explain that potential, let me explain how I came up with this photography-park idea.  It was all about potential.

I live in Pike County, Georgia, a rural county thirty miles (and a world away) from Atlanta’s Hartsfield–Jackson  airport (as the crow flies).  Like many rural counties in America, its economy has been faltering.  Most of the growth in Georgia has been occurring in the cities and along the interstates.  Pike County (like many rural counties) isn’t on the road to anywhere, much less on an interstate.  And like many other rural counties (are you noticing a pattern here?), Pike County’s citizens want their county to stay rural.  That’s all well and good.  But what about an economy?

END_OF_DOCUMENT_TOKEN_TO_BE_REPLACED

I’m been exploring many of the Georgia’s State Parks to see what it’s like to photograph existing parks. I look at it as a “Do’s & Don’ts” sort of thing. It’s just an extra bonus that I get to take pictures in some really nice places.

My colleague, Sam, suggested the idea for this blog entry. He wanted to know what  camera equipment I carried and he assumes others will also. Yes, the thought of possible sponsors for the Photography Park did cross his mind (he is in charge of marketing after all). It’s not like it hasn’t crossed my mind. I want this Photography Park to be a Public endeavor. But this is an idea anyone (or any organization) can steal. The fact that this could become “The Nikon Photography Park” was one of the first things that crossed my mind.

Speaking of which, that’s the cameras and lenses I use — Nikon. A lot of my friends use Canons. Sam has the coolest little Panasonic camera he uses. The point being, there are a lot of great cameras out there.  I just wound up choosing Nikon a long time ago.

My camera list is woefully short. Sure, I have the same disease as all other photographers — I always want more gear. I just don’t want to carry it all. (Or pay for it.) So I limit myself to the following (right now).

END_OF_DOCUMENT_TOKEN_TO_BE_REPLACED

There are no posts to display. Try using the search.